My First Night Out in Melbourne

My Luck Takes a Turn for the Better

There's nothing more exciting than waking up in a new city. You feel adventurous, refreshed, and ready to conquer. That's how I felt at least until I went shopping to get a cell phone and some clothes hangers. I guess I made it to the shopping centre without too much trouble and once I got there I found a mall bigger than the one we had back home. It was exciting walking around and seeing all the new things, but as I left the mall and as I got to the main street I saw lots of kids in uniforms. School must have gotten out and they were around my age maybe a bit younger, I did just turn eighteen after all. Seeing them made me feel so isolated, and lonely. I asked someone the time just to make sure I was still able to speak and had not gone mute! It hit me like a bat to the head, I was completely alone. Perhaps it was the fact that I have never lived autonomously. I had always had my parents to provide for me, but now the pressure was on. I have my savings and its my job to make a life for myself here or starvation. While contemplating these feelings I got lost for two hours after I took the wrong bus god knows where, but I finally made it home. It hurt to think about, I had no friends or family within many thousands of miles! I guess I had my room mate who is incredibly nice and friendly, but in reality she is fifty five years old and she would not be able to help me with this situation. I thought about going to the bar alone to try and mingle, but I think I'll just fall asleep. How am I supposed to meet new people in a new city? I think I'll look for a gym tomorrow to try and find some people with common interests. It's depressing, to have nothing to do and know one to join you. It's taken a number to my self esteem and self confidence, not to mention the fact that my face is having a hard time acclimating to the humidity and I have a little bit of acne. I miss my friends and I miss my clear face, but tomorrow is another day and I guess I'll just have to regain my strength tonight. Since this is a transitional phase, I will blog about the day tomorrow as well. There's nothing more terrifying than a new city.

The boring tale and review of flying for 40ish hours

It's 4:34 AM and I'm sitting at my land ladies computer writing while listening to the rain and wildlife outside. I don't know why I am up this early. It could be the fact that my body clock is still fucked up. Don't excuse the language, keep in mind this is my journal. It all feels surreal even after my first full day here. I mean it seemed real and I felt sad leaving my home town for LA because I realized I did not know when I would see my family again. After I arrived to LAX I had a ten hour layover ahead of me and it was torture. I bought some WiFi (Yeah, the WiFi ain't free. It costs eight bucks for a full day) and I was probably only on the computer for three or four hours over the course of the layover since there's really only so much you can do on the computer. Finally the layover was over and I boarded a Cathay Pacific plane, it would be fifteen hours until we arrived in Hong Kong. I chose Cathay Pacific because they were the cheapest airline and I needed to save money. Overall I would say I enjoyed their service, they had TV's in front of each seat that you could watch movies, TV shows, and play games on which was nice. The flight attendants were a bit rude at times and seemed to be rushing around, but maybe I was just a bit irritable from the layover and flight. The food was okay too even though I got some Jewish man's kosher meal (It was disgusting and bland, except the bean mash or whatever it was I ate). After fifteen hours we landed in Hong Kong and I had another four hour layover ahead of me. I liked Hong Kong's airport a lot more despite the fact that it was on an island, which I thought was kind of weird. It was very vibrant and there were friendly people everywhere. After exploring a bit I used my debit card to pull out two hundred Hong Kong dollars which is about 29 dollars give or take American. With that I was able to buy some breakfast, some chocolates for my next flight, and my first legal alcoholic beverage! I guess there is no drinking age in China which was cool, even though I can drink here in Australia anyway. In the Hong Kong airport there is free WiFi. The flight to Melbourne was not nearly as bad, but customs sure was. They took away the bag of beef jerky my father had made for me and it seemed to have taken forever. When I got out I met my new land lady and room mate. We'll call her, Sas. I had never seen a picture of Sas before, just pictures of her house and my room so I had pictured her face a hundred different ways. Once I saw her, she seemed nice and she kind of looks like an old math teacher I used to have. We got the her car and of course I tried to enter the driver's side which made her laugh. Once we arrived home we spoke for a bit and I went to bed. After roughly 40 hours of travelling, its hard to believe just how comfortable it is to lie down in a cosy bed. I fell asleep and dreamed of what my next day would be like. 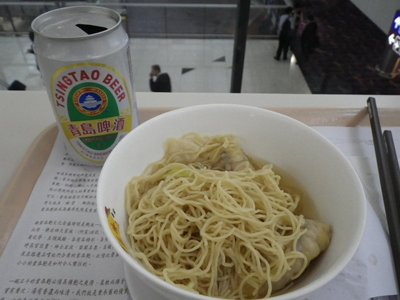 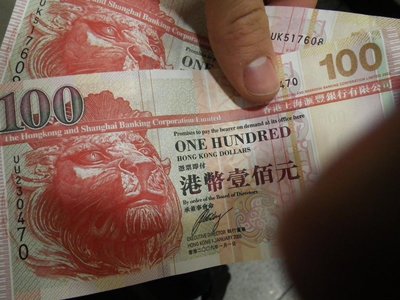